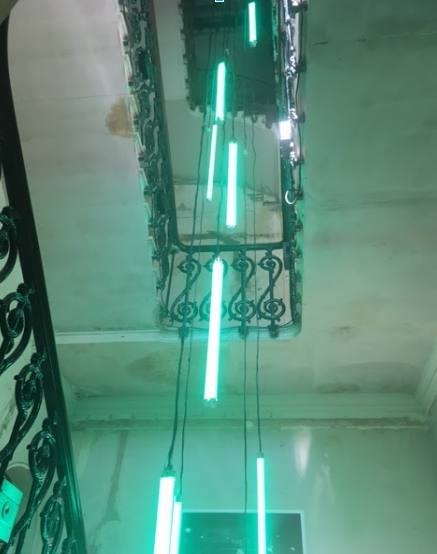 Last month Burberry held an exhibition of British photography, in celebration of their September 2017 collection at the Old Sessions House which is a Grade II listed building. The exhibition spaned out across three floors in 14 unique rooms and was curated by Christopher Bailey, Alasdair McLellan and Lucy Kumara. The British photography used within the exhibition documents all elements of the British culture, class and clans that form together to create what truly is and makes Great Britain, ‘Great’. We sent our intern, Lauren to the exhibition to find out more. 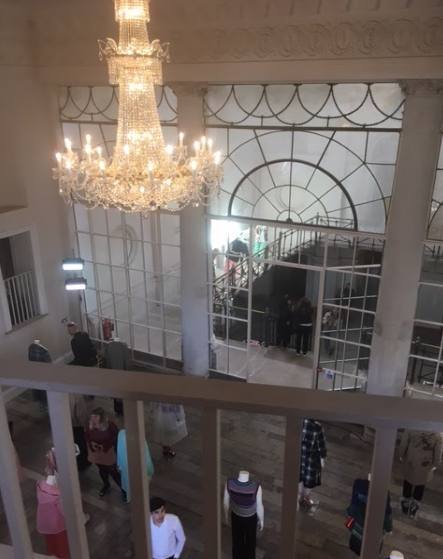 The 14 rooms were themed sections which break down the exhibition into a sort of narrative story, which helps the visitors to understand the background inspiration behind the Burberry, September 2017 collection. The unique rooms are titled for example, room 5 called ‘Romance’ was based upon the modern attitude towards race, equality and love in all shapes and sizes featuring the iconic photograph ‘Notting Hill Couple (1967)’ by Charlie Phillips. The photograph represents a British woman with a Jamaican-born male:

“Notting Hill was the London destination for many Afro-Caribbean immigrants who arrived in the UK in the immediate post-war period. A severe housing shortage was among the causes of racial tension there throughout the 1950s, and in 1958, the area was marred by race riots. A carnival was held the following year in response, celebrating Black British culture. In the summer of 1966, the first Notting Hill Carnival took place.”

The above information was taken out of the ‘Here We Are’ exhibition guide. The photograph is so beautiful and powerful as it shows how love will always conquer hate in all forms. As a united society we have grown to love one another and is fascinating to discover the history behind the Notting Hill Carnival that is still celebrated today, 51 years later. 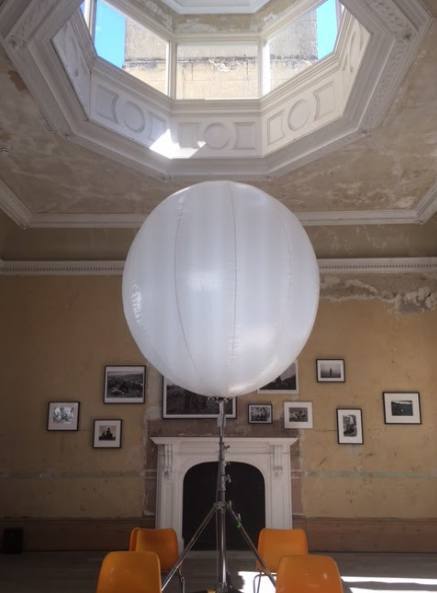 The composition of the exhibition as a whole was perfect. The high ceilings and coffered dome allowed natural light to fill the Grade II listed building. The Palladian-style building was constructed in 1779 with a façade of solid Portland stone and columns which was some of the most expensive materials during that period. The building itself celebrates British architecture and could not of been a better fit to compliment the ambience of the exhibition.

Each photograph has carefully been selected and include work from talented photographers such as Dafydd Jones, Brian Griffin, Jane Bown, Jo Spence and many more. In particular the English documentary photographer, Daniel Meadows who lived on a double decker bus for 14 months in 1973-74. During this time he covered 10,000 miles and at each pit stop he photographed the town’s inhabitants, in total he took portraits of over 1000 individuals. My favourite portrait has to be of the 12 year old boy, John Payne with his pigeon, Chequer. Once again this photographer has captured a timeless moment of British culture, simply 3 young boys who would capture and race pigeons as a form of entertainment which in that time was a normal thing however it also makes you realise how much generations have evolved and adapted to the ever-growing nature of society who would now see this form of entertainment as cruelty to animals and morally wrong. 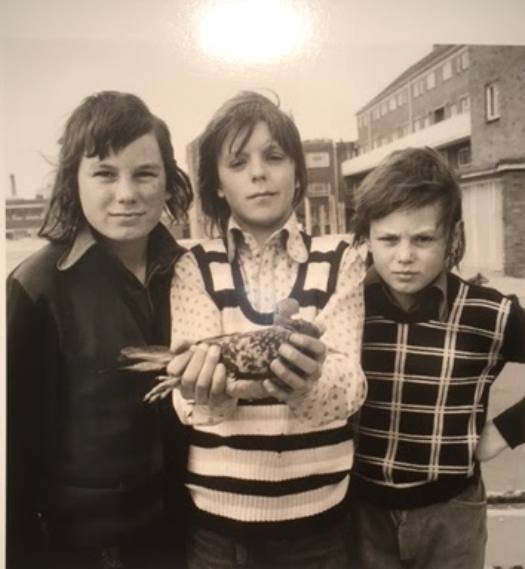 For us, our favourite garment of the September 2017 collection has to be the green lace applique dress, it is beautifully elegant and also comes in an option of pink too. It is clear how ‘The Garden As a Self-Portrait’ themed room has influenced the design of this garment. The ‘Here We Are’ exhibition is a tribute to the history of Britain, celebrating our culture from past to present day.