The Fashion and Textiles Museum, London, has just opened an exhibition dedicated to Louise Dahl- Wolfe, an American photographer who is credited with modernising fashion photography. The exhibition spans the the whole of the long gallery as well as part of the upper area. It looks at Dahl-Wolfe’s early works and how she defined the image of the post war women. It has over 100 photographs on display which some contain the work from various designers such as Chanel, Balenciaga and Dior.

Located in the long gallery, you must first pass a room on the left which currently has a small display of work from Wallace Sewell, who designed the upholstery fabric for Transport for London, continuing on you walk through a corridor of Dahl-Wolfe’s colour Harper’s Bazaar covers and enter a large open space full of beautifully framed photos. The airiness of the room allows the work to breath and gives you space to enjoy it.

The gallery displays mainly black and white image from Dahl-Wolfe’s career as well as a selection of coloured work. Dahl-Wolfe trained in San Francisco’s Art Institute in 1914, and it was here that she took classes on anatomy, composition and colour theory fundamentals. These proved to aid her later in life when starting out in photography.

Dahl-Wolfe’s first photo to be published, Mrs Ramsey, was in Harper’s Bazaar’s November 1933 issue. Mrs Ramsey was Dahl-Wolfe’s neighbour when her and her husband moved to Tennessee. As with a lot of Dahl-Wolfe’s photos there is an element of calmness about them whilst simultaneously displaying the soul and character of her subject.

Dahl-Wolfe started working at Harper’s Bazaar from 1936 until 1958. During this time they published 600 coloured photographs, 3,000 black and white images and 86 front covers taken by the artist. During her Hollywood period, 1938-1946,Dahl-Wolfe shot on her Rolleiflex camera using natural lighting and had her models posing outside, providing an alternative to the “clever lighting and retouching”1  that was already apparent within the industry. 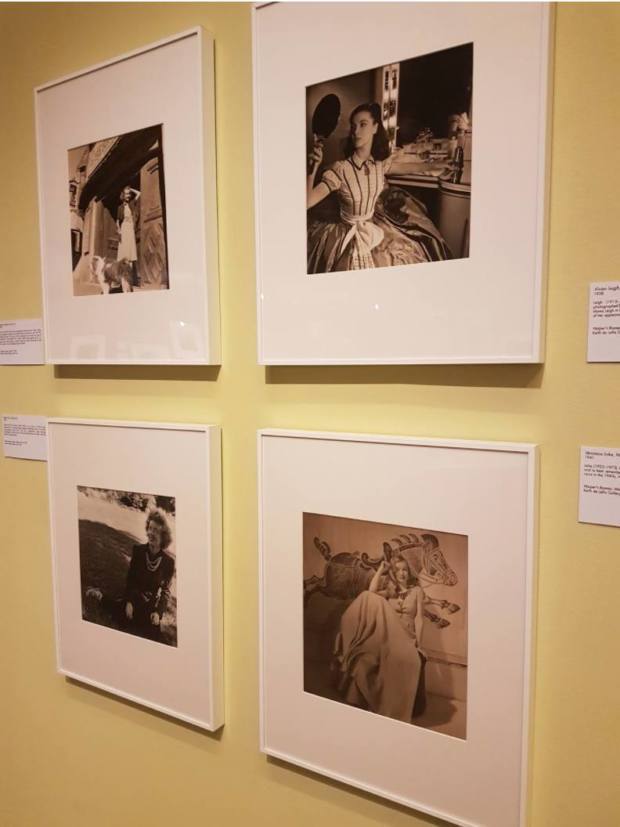 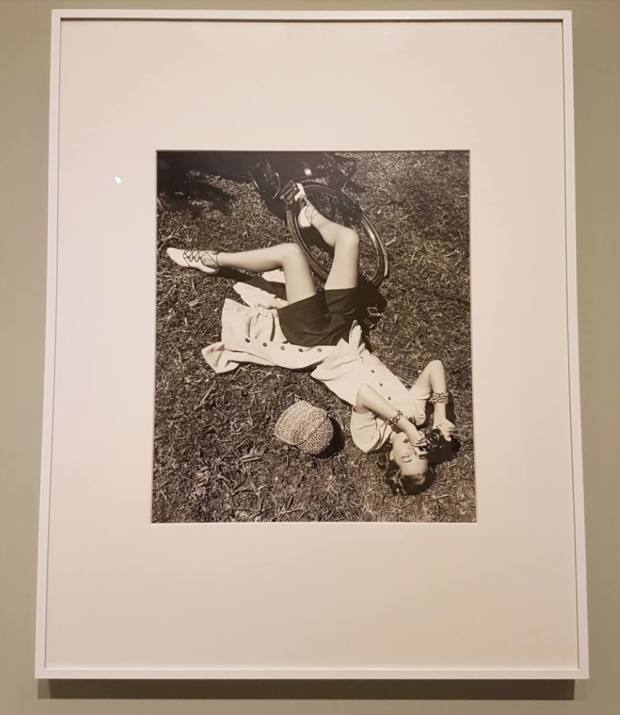 Even within the black and white photos Dahl-Wolfe took, the texture and material of the clothing still stood as as one of her key focal points. This was achieved by clever set dressing and good use of composition within the photographs.

Continuing through the exhibition it looks at Dahl-Wolfe’s era within Fashion photography, 1938-1949. When Dahl-Wolfe started, fashion photography was still among its early stages, this meant that there was room to develop and evolve the practice. Took in a variety of settings including Arizona, California Desert, North Africa and Mexico Dahl-Wolfe’s photos erd towards simple compositions that compliment the Dior and Balenciaga dresses. 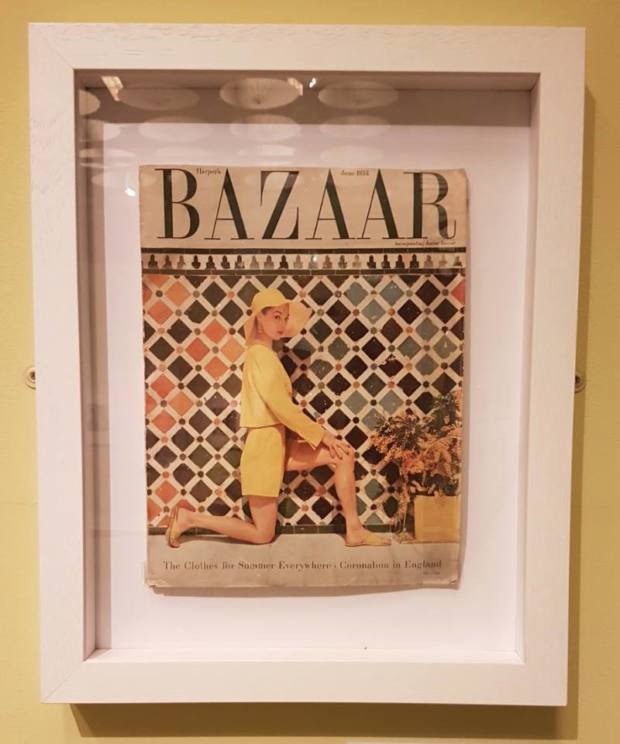 Dahl-Wolfe had a knack for capturing her subjects unaware and in seemingly natural movements. Mary Jane Russell, who was one of the most successful fashion models of her time, worked with Dahl-Wolfe for over 12 years, producing 8 Bazaar covers and 100’s of editorials and adverts. 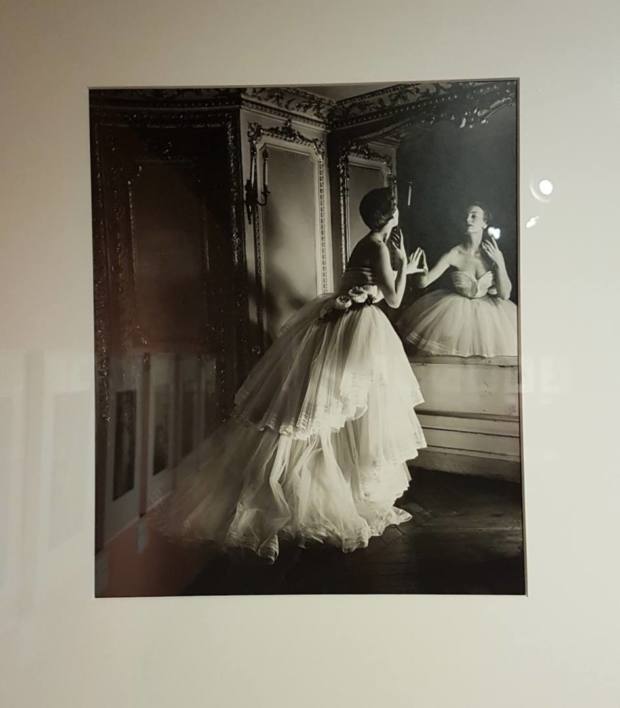 The exhibition has a good amount of information spanning Dahl-Wolfe’s early career and through to her retirement as a photographer. It is running from 20th October- 21st January 2018 at the Fashion and Textiles Museum, London. Prices are £9.90 for adults, £7.70 concessions and  £6 for students (Remember your Student ID). 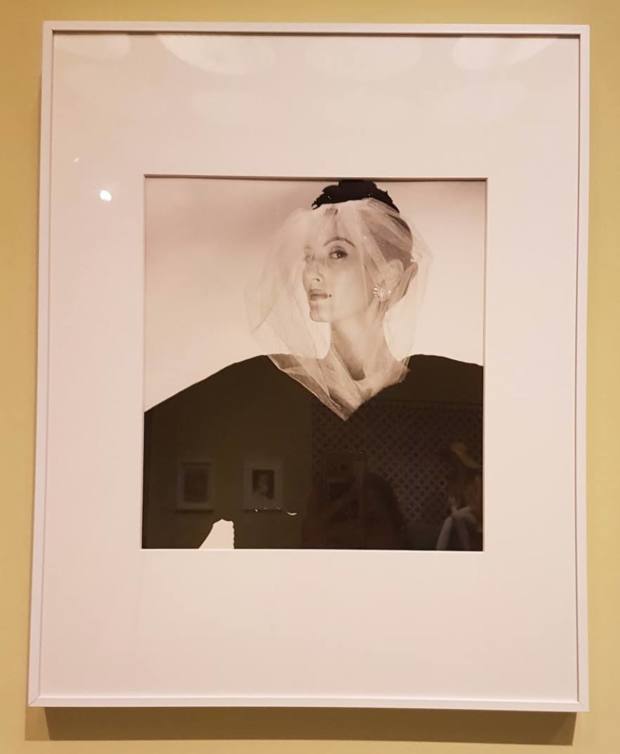 All images and videos courtesy of Charlotte Pearson (@c_textiles) unless otherwise stated.