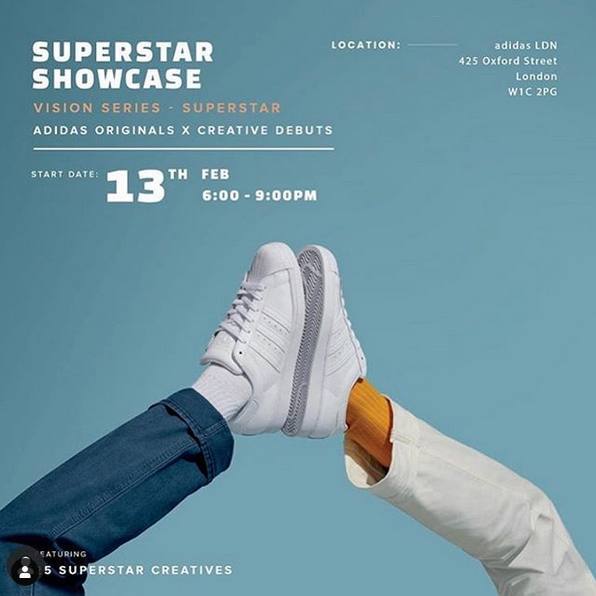 Over the last couple of weeks we have been working on a special project with visual artist and founder of Acrylicize, James Burke. Working with his multidisiplinary style he was creating a new piece in preparation for the ‘Superstar Showcase’. Burke’s work examines the relationship between us and the digital world, drawing upon our need for approval in form of the 5 stars.  This new piece reimagines some of Burke’s earlier pieces on a similar theme. 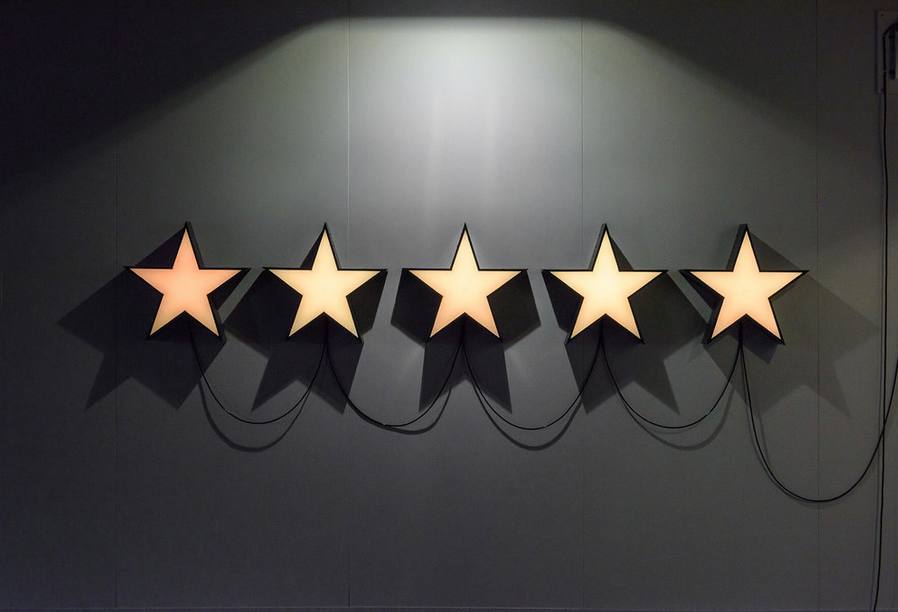 Burke also likes to challenge the way that we consume art, bringing pieces out of the gallery and into the rest fo the world. He champions art in work places and common space for wider consumption which is one of the objectives of his studio, Acrylicize. This playful, open minded attitude is what makes this new piece a great fit for the upcoming showcase. 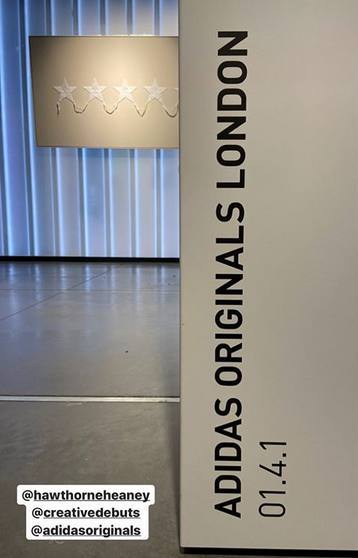 Superstar Showcase is being held by Creative debuts X Adidas Originals. For this event they have gathered 25 artists, of which Burke is one to create a piece which incorporate or is inspired by Adidas’s classic Superstar trainers. This is where we come in, as we provided the embroidered elements of the stars created out to the Superstar’s laces. 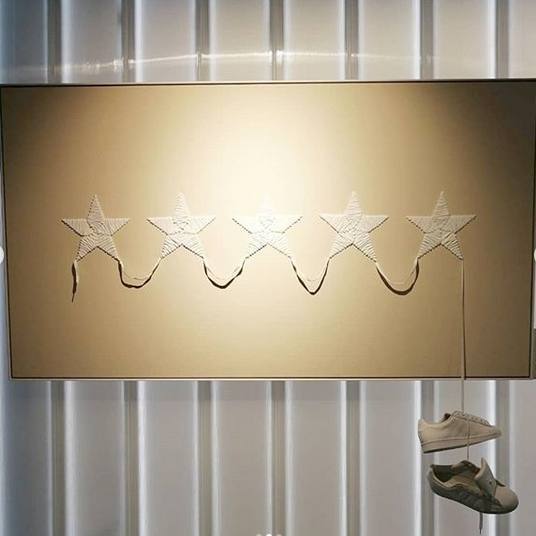 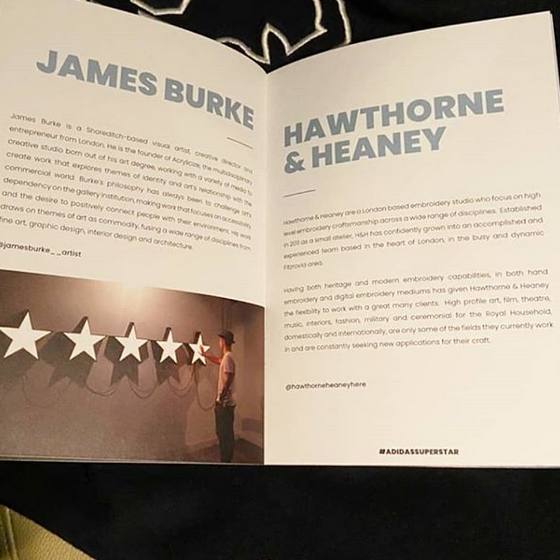 We experimented with using the laces directly and taking a feel for them through the embroidery, but settled on using the laces as directly as possible. The stars are made up by weaving the laces back and forth on themselves to form the legs of the star whilst replicating the fastening process as we are used to seeing it on trainers. The piece has loose laces which join each of the stars to the next in as if formed from one giant lace with the trainers themselves clinging on to what is left of the laces at the end. 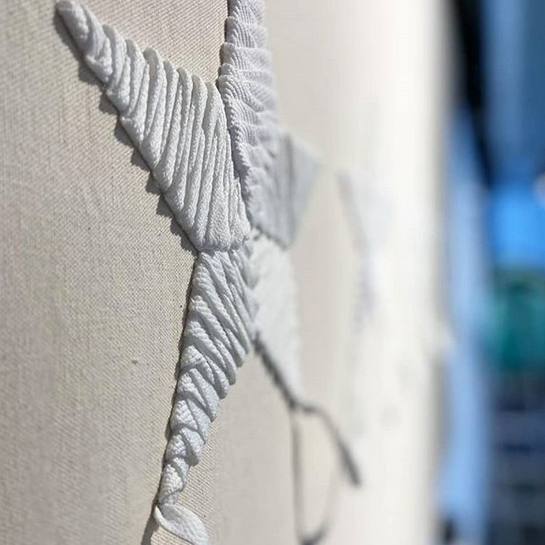 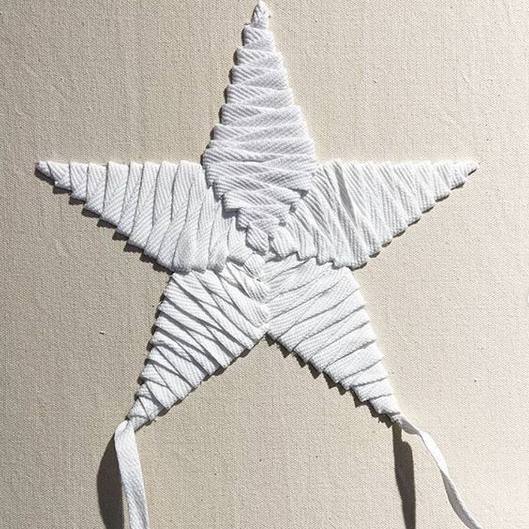 With all embroidery pieces, there is always a lot of sampling and preparation before working on the piece itself. This helps is to work out how it is best to approach the piece and achieve a consistent finish. Here are a few behind the scene, making of the piece which might shed a little light on the process. 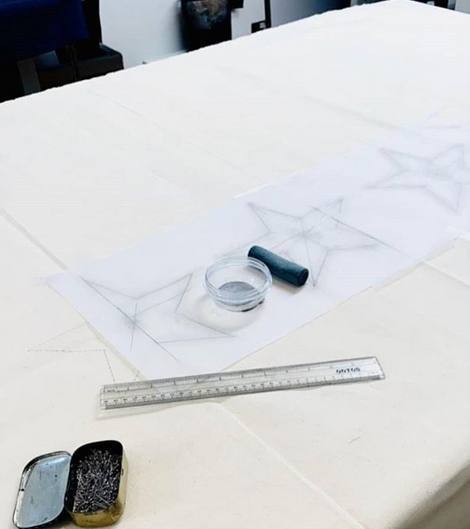 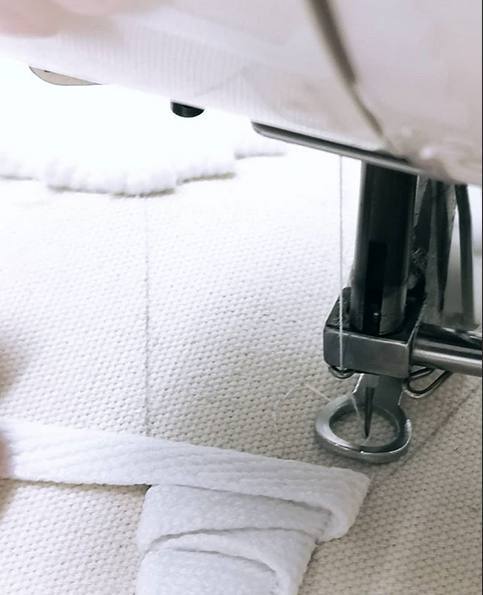 To see more of James Burke’s work, check out where else you can see his pieces on his instagram. Also see the 24 other amazing pieces by debut artists in the Superstar Showcase on now at Adidas LDN, Oxford Street.