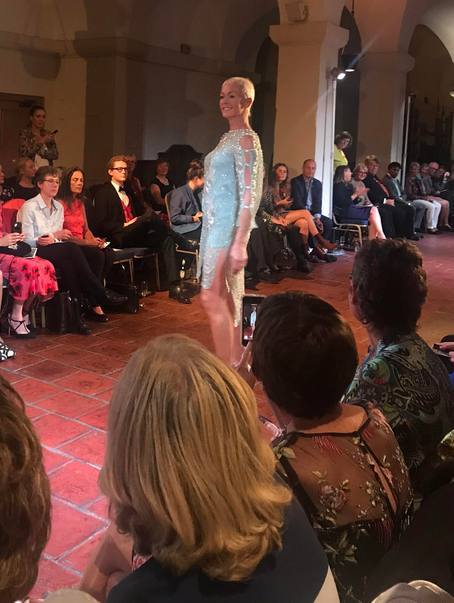 Last month, The Worshipful Company of Broderers held a fashion show, dedicated to the best of embroidery in British Fashion. Hawthorne & Heaney was invited to be involved and naturally, it was an opportunity that could not be missed.

The Worshipful Company of Broderers is a livery company, dedicated to the protection and promotion of the art of embroidery. Also known as ‘The Brotherhood of The Holy Ghost of the City of London’, it was originally formed in the middle ages, receiving a Grant of Arms in 1558 and its first Charter on 25th October 1561 from Queen Elizabeth I. Charitable works lie at the core of the company as it functions today, with the fashion show acting as a fundraising event for their charity; Fine Cell Work and the Broderers’ Charity Trust. Fine Cell Work teaches needle-work to prison inmates and sells their products.  Established in 1997, Fine Cell Work now operates in more than 15 prisons to empower and rehabilitate inmates in preparation for their sucessful return to society. 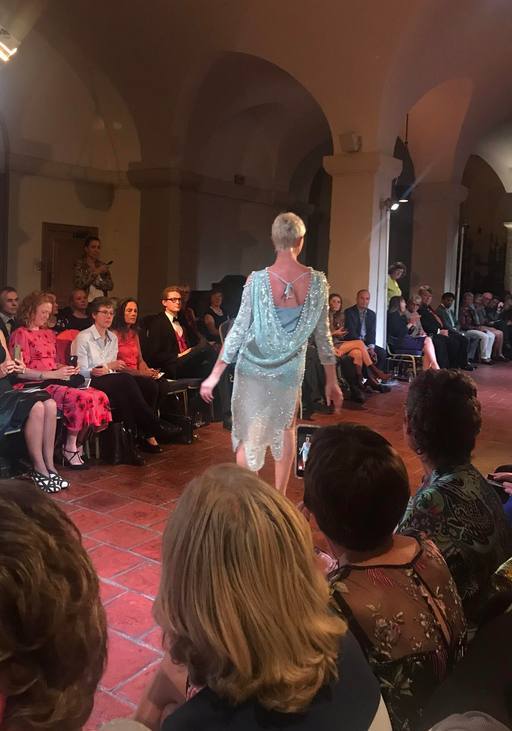 On what was a very balmy September evening, the company gathered beautiful examples of british embroidery work from well known designers such as Bruce Oldfield, Clements Ribeiro, Jasper Conran and Beulah, one example of which can be seen above. The show was held in the crypt of St Paul’s Cathedral, London with the ladieswear mostly demonstrated beadwork with an array of evening gowns on show (as seen above). 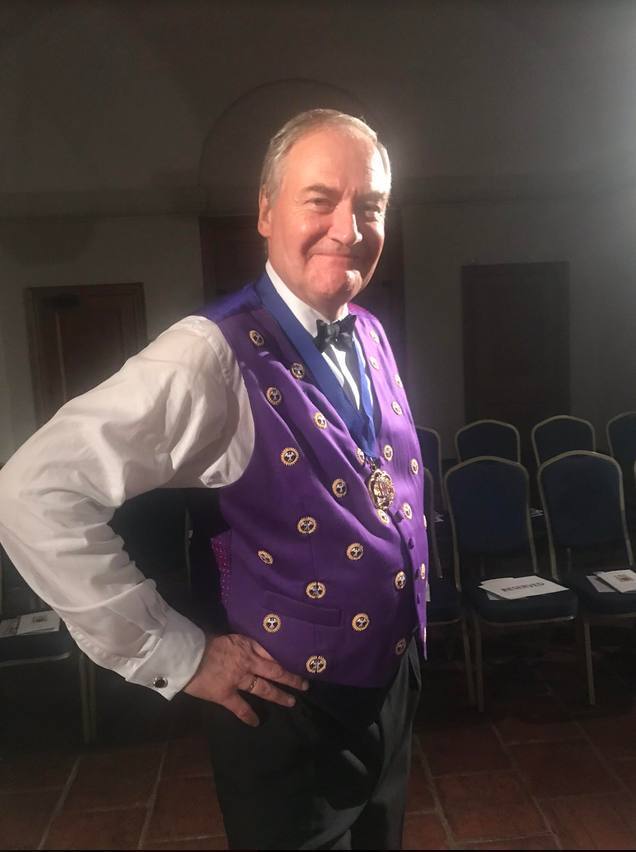 Hawthorne & Heaney was invited to contribute to the show in the form of these goldwork waistcoats for the gentlemen to wear. These were later auctioned off to raise further funds for the cause. 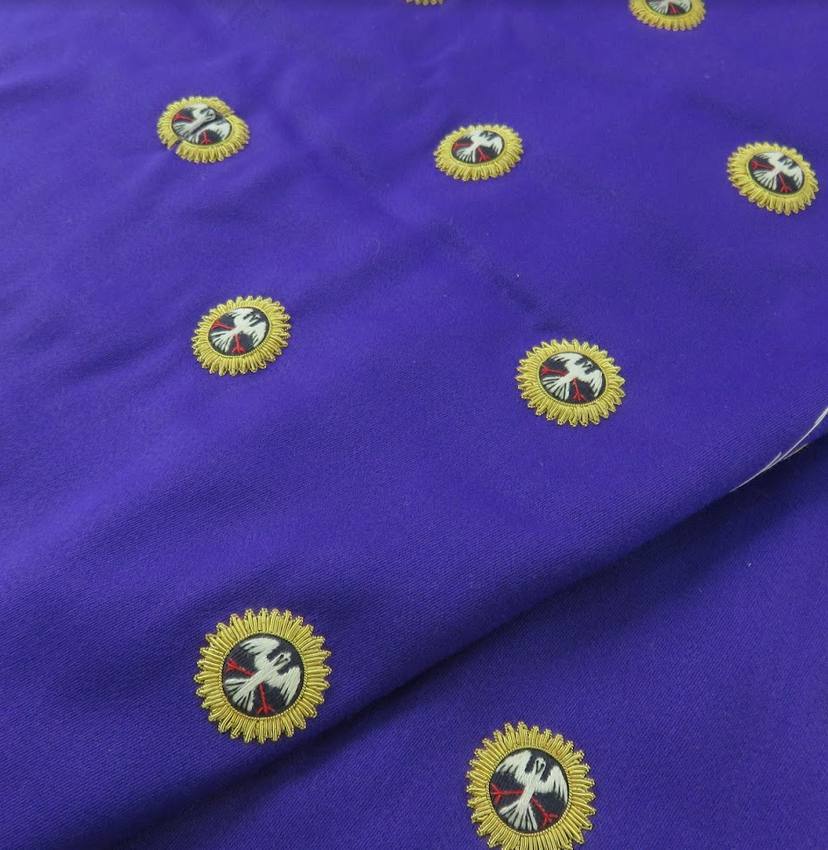 The first features a circular dove motif on purple with silkworks for the center and a cutwork edge. 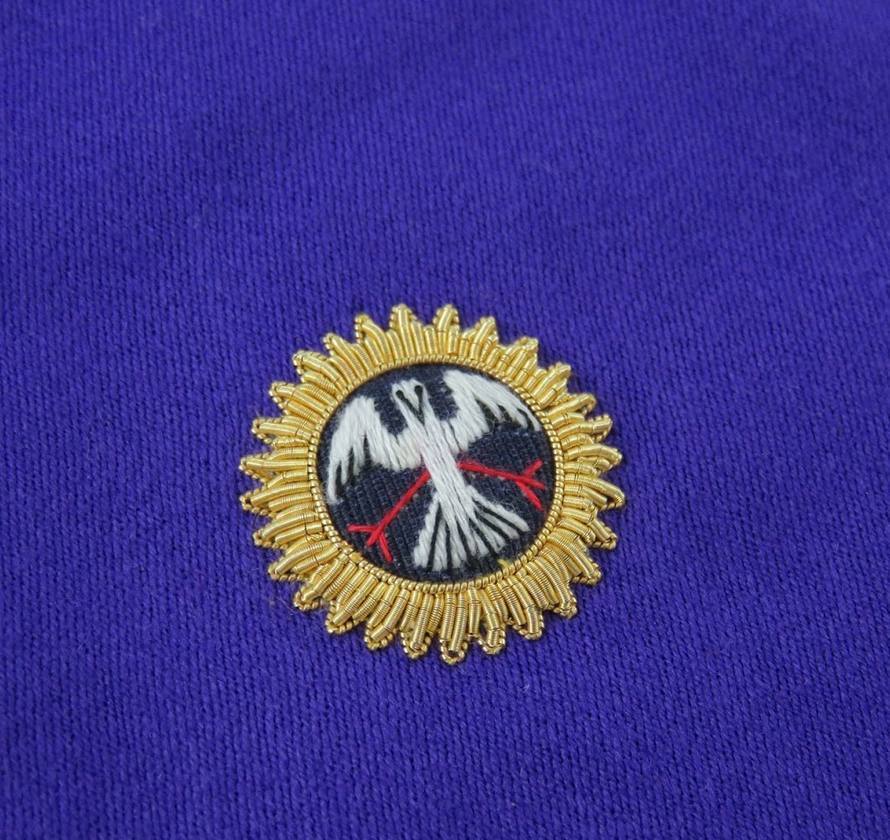 The second piece was this striking pair of rampant lions on red. 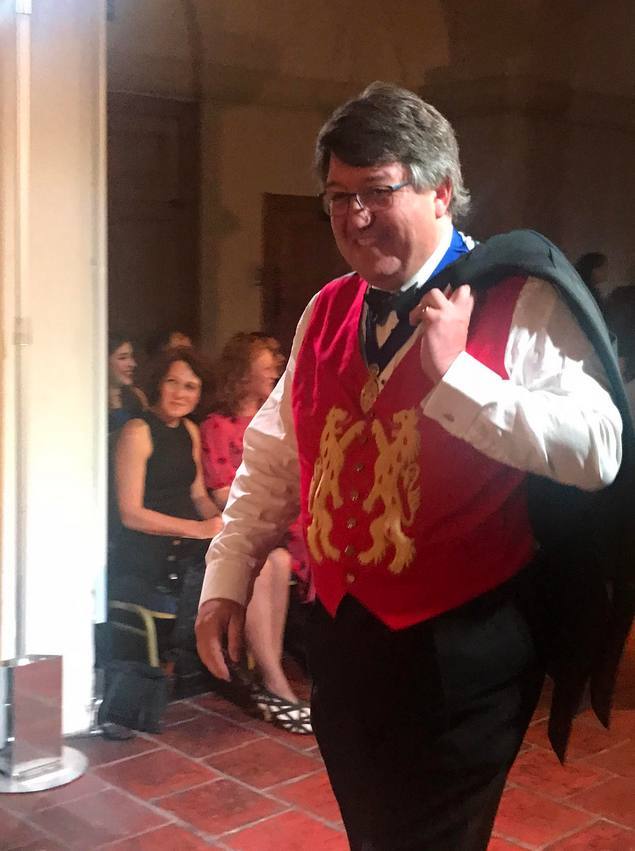 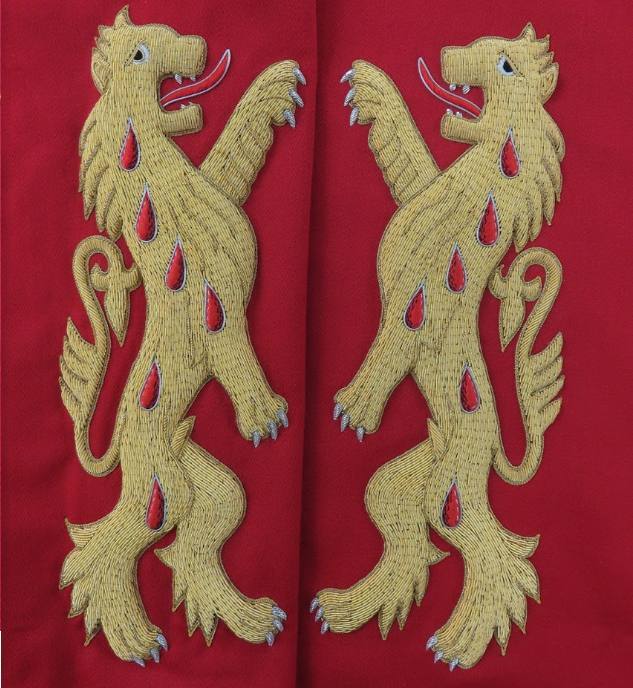 The lions are most embroidered over raisings with cutwork, a pearle purl edges and silver/red accents throughout. 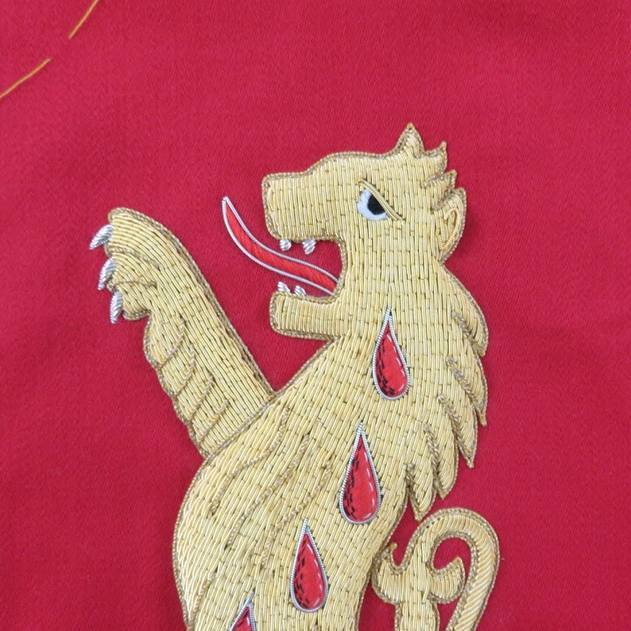 For more information on any The Worshipful Company of Broderers or Fine Cell Work, follow the links in the text above.